The 2016 VMAs Red carpet Looks from Madison Square Garden,  are a range of sexy to a bit freakish.

Nicki Minaj 2016 VMAs Red carpet Look blew me away! She was as always, very daring and almost naked wearing a royal, navy blue dress with nude cut outs literally on the sides. But the real question now is who wouldn’t want to floss that behind? God Bless the man that has THAT!!! Nicki Minaj wore a polished above-the-neck approach—though her exaggerated cat-eye and high-shine accessories were offset by a sleek, waist-grazing blowout. #Perfection. My favorite look of the evening!!!

Beyoncé made her 2016 VMAs Red carpet entrance with daughter Blue Ivy on her arm. I don’t necessarily find the dress beautiful, but I do recognize a work of art. It’s not the usual but it’s not that outrageous either. It’s a mix between quire and aesthetically pleasing. Did she do a good job at covering up at this year’s MTV Video Music awards? Well… The dress is still sheer. And the question again is… who would not want to show THAT off!!!!?

Side Note: From all the categories Beyonce was nominated on, she won 8 out of 11. One of the reasons she didn’t win at-least 9 out of 11 was because she was nominated twice in the same category.. LOL, you gotta love Beyonce. Watch Beyonces electrifying opening performance HERE

Kim Kardashian West looked like she has never gotten pregnant in her whole life, and let’s keep in mind that she is a mother of two, ok?  Kudos to her, she finally got her body back. I remember watching Wendy Williams some time ago when Kim had just popped out baby Saint West and, WENDY said that Kim Kardashian West would never get back to her pre-baby body.  Who is eating her words now? Kim Kardashian West looked amaizing at  the 2016 VMAs Red carpet. A slight slay between effortless and elegant, but a slay none the less.

Hailee Steinfeld. Guys… I do not know her… And clap hands for yourself if you do know her, I don’t. But this dress is EVERYTHING. Hailee Steinfeld wore a colorful in a knit dress while on the carpet at the 2016 MTV Video Music Awards held at Madison Square Garden on Sunday in New York City. The 19-year-old singer and actress (oh, she’s an actress and a singer) (quickly googling her music). #NowIKnowHer… She apparently just returned to the US after a trip to Japan for some performances.

Amber Rose was the definition of her usual short blond bombshell hair.

Justin Skye’s dress brought back good childhood memories, re-imagined as a grown up. Her playful dress is gorgeous!

Tinashe looked simple, but elegant in her red jumpsuit.

Here, our favorite fashion and style looks from The 2016 VMAs Red carpet. 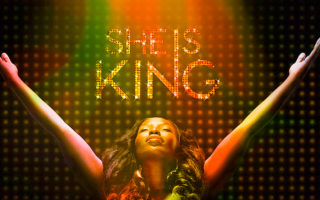 SHE IS KING MOVIE REVIEW and Premier 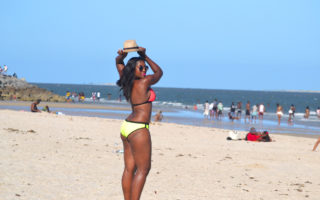 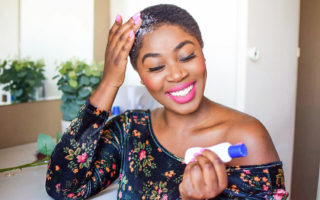